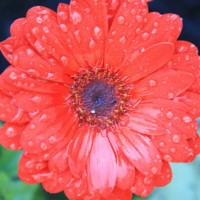 A little after 8:00am on September 11, 2001, I pulled into my parents drive way and walked in the back door. I worked the overnight in an ER from 11:00pm on September 10, 2001 until 7:00am, September 11, 2001. I was 23 and still living with my parents, the youngest and last of the 4 siblings to still be living at home. After leaving work, I stopped at the local deli to pick up breakfast for my parents, Anne and Lee, and myself. Bacon, eggs and cheese on a roll, coffee and orange juice for all three. I knew my mother and father would already be awake and getting ready to start their days and being able to sit down and have breakfast with them was always a great way to end a shift

A little after 8:00am on September 11, 2001, my brother, Fire Fighter Jonathan Ielpi, was starting his shift at FDNY (Fire Department of New York) Squad 288 in Maspeth, Queens. As I was getting home from my over night at a hospital, Jonathan’s shift was just beginning. It wasn’t odd for him to call my parents at the beginning of his shift, he called home multiple times a day. When the phone rang a little after 8:45am, I knew it would be him on the other end of the line. Our conversation was quick, and to this day I wish I had kept him on the phone longer, but I also know that an extra minute or 30 seconds wouldn’t have changed anything.

A little after 8:45am on the beautiful blue skied morning of September 11, 2001, Jonathan told me to turn on the TV. He didn’t tell me what channel, he didn’t have to because every channel was airing the same thing. What I saw, as soon as the screen turned on, was smoke pouring out of the upper floor of the North Tower of the World Trade Center, or Tower One. For the one or two minutes that we spoke Jonathan’s voice sounded different. Not scared or concerned, just different from our regular good morning/goodnight conversation that we had on a daily basis. I stared at the TV screen as he told me that a large plane had hit the North Tower, Tower One, of the World Trade Center. That flight was American Airline flight 11, which took off from Boston’s Logan International Airport and was headed to California’s Los Angeles International Airport. Flight 11 was carrying 81 passengers, 11 crew member and 5 hijackers/terrorists. The only words I remember saying to Jonathan that morning, before giving the phone to my our Mother, were “Please, be careful”. That conversation, the one that I wish I said more, was the last I would ever have with Jonathan. “Please, be careful” would be the last words I would ever spoke to my brother. “Don’t worry, I will” would be the last words he ever spoke to me.

My Mother and I continued to watch the TV, flipping from one channel to the next, watching and listening to news anchors trying to make sense of the images and live feeds that were now being broadcast across the country. My father, who was watching the television out of the corner of his eye, was taking and making multiple phone calls to and from friends and family. He spoke to my older sister Anne Marie, a school teacher, who was already at work for the day. She knew that we had spoken to Jonathan and that he was on his way from his fire house in Queens to the Twin Towers in Manhattan. She was going to leave work as soon as she could and head to my parents house. He spoke to Jonathan’s wife Yesenia, who was also at work, to let her know what was happening and that it may be best to pick up my 9 year old nephew Andrew from school and 3 year old nephew Austin from the sitter and head home.

At 9:03am, as my mother got ready for work and my father spoke on the phone, I watched as United Airlines flight 175, which also took off from Boston’s Logan International Airport and was headed to California’s Los Angeles International Airport, hit the South Tower, Tower Two, of the of the World Trade Center. Flight 175 was carrying 56 passengers, 9 crew members and 5 hijackers/terrorists. As my father went silent on the phone, I yelled for my mother to come into the living room to see what happened and without any words spoken, we understood that we were under attack and nothing was ever going to be the same.

On September 11, 2001, my brother Brendan, who is 4 years younger than Jonathan and 2 years older than I, was a probationary FDNY firefighter. He was not scheduled to work that morning. Like everyone else, he heard the news and saw the TV screens so he got in his jeep and drove to our parents house. When the second plane hit the South Tower, the NYPD (New York Police Department), FDNY and PAPD (Port Authority Police Department) put out a recall of all current and able bodied retired members to go to their assigned fire house or precinct, or the closest that was still at head quarters, get on a truck or in a police car and respond to the World Trade Center.

A little after 9:00am on what is now the worst day in United States history, Brendan pulled into the drive way of my parents home. He ran in through the front door and into the kitchen where my father was waiting. My father, who was retired from FDNY Rescue 2 also heard the recall of members and was planning on heading in. I listened as they quickly grabbed what ever they could and said goodbye to my mother, promising her that everything was going to be ok. I followed as they walked back out the front door and got into the driver and front passenger seat of the Jeep. I jumped on the hood as they tried to back out of the drive way and leave. I screamed and begged them not to go to any firehouse or into the city at all, I begged them to stay. When I got down or someone removed me, I don’t remember which, they left towards the city in hopes of bring the entire family home. With my eyes full of pain and my heart full of anger, sadness and fear, I walked back into the house to find my mother grabbing her purse to head into work. As much as I told her she didn’t need to go, I also understood that work was where she needed to be. She needed to keep her mind busy and keep a sense of normalcy for as long as she could because we all knew that those would be the last “normal” moments any of us would ever have.

Earlier that morning, my friend Jacky left for school as she did every morning around 8:00am. After speaking to Jonathan and he hanging up with my parents, I gave her a call. I had already spoken to my now husband Jon, who was going to go to his volunteer fire house to see where or if they were needed in the city. I couldn’t be alone. I needed to have some one with me to help me maneuver through the day. Jacky was as close to Jonathan as any sister or friend could be, so when she heard what was going on she immediately left class and drove to find me. With my mind working in overdrive, when she showed up at my house I couldn’t figure out where I needed to be or where we could go. With no definitive plans in mind, we got in her car and drove towards the Saddle Rock bridge which had the perfect view of the Manhattan skyline. On any another day, we would have driven right over the bridge, but even with the distance to the city, it was such a beautiful blue clear sky, you could see the smoke coming off the towers. There were other people who had already stopped on the bridge and were standing outside their cars. Jacky and I joined them and with the windows down and the radio loud, we stood on the bridge, listened, watched, prayed, hoped and whispered about what could happen next.

It was close to 9:30am when Jacky and I got back in the car and started driving towards Jon’s volunteer fire house, Manhasset-Lakeville Company 4. On our way there, we listened on the radio as a third plane, American Airlines flight 77, which took off from Washington Dulles International Airport and was also headed to California’s Los Angeles International Airport, flew into the Pentagon. Flight 77 was carrying 58 passengers, 6 crew members and 5 hijackers/terrorists. It was after Flight 77 hit Pentagon that the Government confirmed we were under attack.

We parked in the back lot of Company 4’s and walked into the fire house. As we entered the lounge we saw Jon and other fire fighters watching everything unfold on two different TV’s. They were all waiting for the call telling them where in the city they would be stationed. By that time they all knew Jonathan was in one of the towers or on his way inside, and that Brendan and my father were also on their way, so when they saw the two of us walking in, other then the news anchors voices on the TV’s, the entire lounge went silent. No one knew what to say or how to approach us, but they knew they needed to say or do something. I saw the look in all of their eyes. The sorrow, pain and confusion they all felt and I wanted to take some of it away. I spoke first confirming what they already knew and giving them any new information I had received and then we joined them in waiting and watching for what would happen next.

A few minutes before 10:00am on September 11, 2001, I was standing behind a large couch in the firehouse lounge. I needed to be standing up and moving because sitting and being still gave my brain too much of an opportunity to think and thinking was the last thing I wanted to be doing. The reality and magnitude of everything going was beginning to hit all of us as the reporter starting to list names of people who she knew who worked in both towers. People who went to work that morning, worked on floors above the impact zone, and now had no way out. These innocent men and women were making calls to their families to say their final goodbyes. We watched as people had to make a horrible choice of burning to death or jumping out a window up to 110 stories above the ground. We watched as they chose to jump and their bodies fell towards the ground. I hadn’t cried yet but with each name the reporters spoke and each body we watched fall from the side of the towers, my heart cracked a little more.

At 9:59am, on September 11, 2001, as I stood behind that couch, with Jacky, Jon and members of Manhassett-Lakeville Volunteer Fire Department, I watched the South Tower, Tower Two, the second tower hit, buckled in, collapsed and disappeared in a matter of seconds. I ran out the back door of the fire house lounge to leave, but there was no where for me to go. There was nothing I could do to change what we just watched so I sat down and finally let my mind take control.

At 10:00am on September 11, 2001, as I sat on the cool steps outside the fire house lounge, with Jacky and Jon beside, I put my head in my hands and for the first time since Jonathan’s phone call less then two hours earlier, I told them what I knew with every part of my being and every ounce of my soul to be true.